ASABE Wisconsin Section meetings, the ASABE Midwest Regional Rally and the ASABE International Meeting are attended by students from UW-Madison.

The spring Wisconsin ASABE section meeting was held in Oshkosh, WI. The afternoon was spent at Expo learning about the newest innovations in the dairy industry. Two of our members won awards at this meeting. Grace Sparkula won undergraduate of the year and Joe Sanford won graduate student of the year. 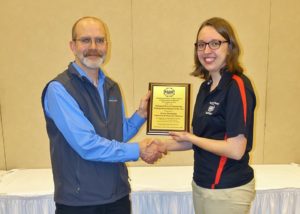 Grace Skarlupka accepting the undergraduate student of the year award.

The 2017 Midwest Regional Rally was held March 2nd-4th in Madison, WI hosted by the University of Wisconsin – Madison. On Friday, students joined together for a bagel breakfast then mixed with other schools to caravan over to each of the three tours. Students toured Kuhn North America, Frito Lay, and some were shown various natural resources projects in the city of Madison. Students regrouped that afternoon to tour Minhas Brewery and enjoy a formal dinner. On Saturday, UW-Madison students and faculty gave department tours. After the tour, students enjoyed lunch and a brief business meeting. 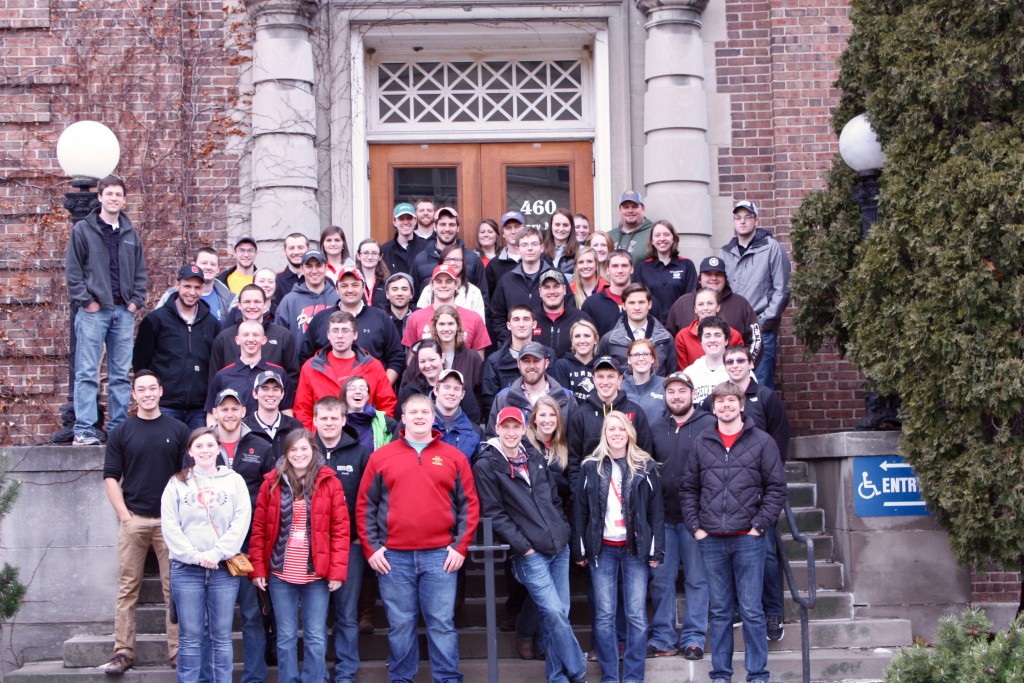 Students from similar programs around the Midwest met for Midwest Regional Rally.

The ASABE International Meeting will be held on July 16th-19th, 2017 in Spokane, WA. We have several members who plan on attending.